Note from Ville Hietanen (Jerome) of ProphecyFilm.com and Against-All-Heresies-And-Errors.blogspot.com: Currently, I (but not my brother of the “prophecyfilm12” mail) have updated many of my old believes to be more in line with Vatican II and I no longer adhere to the position that Vatican II or the Protestants, Muslims, Buddhists or various Traditionalists Groups and Peoples etc. or the various teachings, Saints and adherents to Vatican II (and other canonized by Vatican II) such as Saint Mother Theresa or Saint Pope John Paul II etc. was heretical or damned or not Catholic (or not the Pope) – or that they are unworthy of this title. I have also embraced the sexual views on marriage of Vatican II, and I no longer adhere to the strict interpretations as expressed on this website and on my other websites. To read more of my views, see these articles: Some corrections: Why I no longer condemn others or judge them as evil I did before.Why I no Longer Reject Vatican II and the Traditional Catholic Priests or Receiving Sacraments from Them (On Baptism of Desire, Baptism of Blood, Natural Family Planning, Una Cum etc.)Q&A: Damnation and Eternal Torments for Our Children and Beloved Ones is "True" and "Good" but Salvation for Everyone is "Evil" and a "Heresy"? 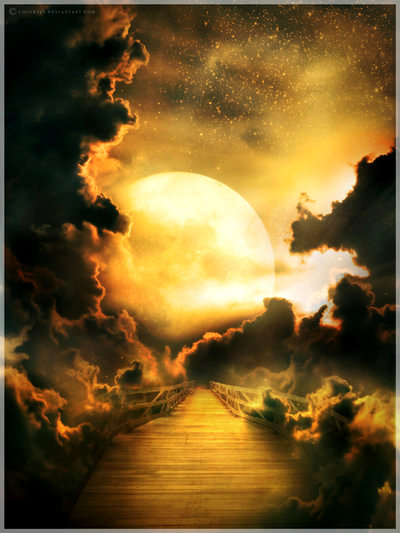 The word "apocalypse" comes from the Greek word apocalupsis which means "revealing", or "lifting of the veil", and is a disclosure of something hidden from the majority of mankind in an era dominated by falsehood, heresy, mortal sin and misconception, i.e. "the veil to be lifted" and the truth to be made known in the end times, the last days, through tribulations: "For when they shall say, peace and safety; then shall sudden destruction come upon them, as the pains upon her that is with child, and they shall not escape." (1 Thessalonians 5:3), and "For then shall be great tribulation, such as was not since the beginning of the world to this time, no, nor ever shall be" (Matthew 24:21).

Apocalypse Predictions and End of the World

The Apocalypse, end times, last days, or simply doomsday, is an expected end of the world event that will lead to the death of billions of humans through apocalyptic disasters such as earthquakes, meteorite impacts, floods, solar flares, typhoons, hurricanes and other natural events that will be affecting people in the last days in apocalyptic ways like never before seen or experienced my modern man in the history of the world; and all of this will take place in unprecedented ways just prior to the Return of Jesus Christ to judge the remaining living and the already dead. The events believed to precede this Apocalypse or Return of Christ are now happening, and is the observable increase of natural disasters both in frequency and in intensity. The years 2010-2013 might just be the most apocalyptic years on record since record-keeping began, and as time goes by, it will only grow worse. The beginning stages of The Apocalypse, End Times or the End of the World are thus now being lived through by human kind.


The word “apocalypse” comes from the Greek word apocalupsis which means “revealing”, or “lifting of the veil”, and is a disclosure of something hidden from the majority of mankind in an era dominated by falsehood, heresy, mortal sin and misconception, i.e. “the veil to be lifted” and the truth to be made known in the end times, the last days, through tribulations: “For when they shall say, peace and safety; then shall sudden destruction come upon them, as the pains upon her that is with child, and they shall not escape.” (1 Thessalonians 5:3), and “For then shall be great tribulation, such as was not since the beginning of the world to this time, no, nor ever shall be” (Matthew 24:21).

The Book of Revelation, also known as the Book of Apocalypse, is the last book of the New Testament. It was recorded by the Apostle John and gives an account of the future return of Jesus Christ. The book focuses mainly on God's judgment of mankind, the return of Christ to earth, the fate of Satan, and the eventual establishment of a new heaven and earth. Revelation is the only book in the New Testament to deal primarily with prophecy. The end-times events such as the second coming of Christ and the battle of Armageddon are sometimes referred to as the Apocalypse. The Apocalypse will be the ultimate revealing of God, His wrath, His infinite justice, and, ultimately, His love. Jesus Christ is the supreme “apocalypse” of God, as He revealed God to us (John 14:9; Hebrews 1:2).

God may also personally give a revelation, as is shown in the Book of Revelation through the person of Jesus Christ (who is God). Also many religious or holy persons have received revelations from the person of Jesus Christ, or from Mary or a Saint or an Angel. The Book of Genesis speaks of the "Angel" bringing forth the apocalypse. In The Book of Revelation or Apocalypse, angels play a major part in bringing about the apocalypse.


Other apocalyptic visions in the book of Revelation/Apocalypse include:

Revelation 6:11-16: “And I saw, when he had opened the sixth seal, and behold there was a great earthquake, and the sun became black as sackcloth of hair: and the whole moon became as blood: And the stars from heaven fell upon the earth, as the fig tree casteth its green figs when it is shaken by a great wind: And the heaven departed as a book folded up: and every mountain, and the islands were moved out of their places. And the kings of the earth, and the princes, and tribunes, and the rich, and the strong, and every bondman, and every freeman, hid themselves in the dens and in the rocks of mountains: And they say to the mountains and the rocks: Fall upon us, and hide us from the face of him that sitteth upon the throne and from the wrath of the Lamb: For the great day of their wrath is come, and who shall be able to stand?”


Outside of Revelation, examples of apocalyptic literature in the Bible are Daniel chapters 7–12, Isaiah chapters 24–27, Ezekiel chapters 37–41, and Zechariah chapters 9–12.

Fulfilled Signs of the Apocalypse (LINK TO SECTION) 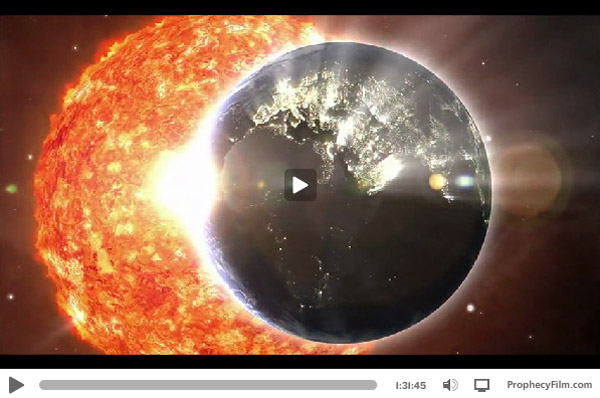